Belgian ballet fans are in for a real treat this weekend – 1 and 2 December 2018 – with performances in Brussels by the world-famous Moscow City Ballet. Swan Lake and the Nutcracker will be performed on Saturday and Sunday at Theatre Palais 12, a 2,000-capacity venue which is known for its intimacy and great visibility to the stage.

It makes for an appropriate setting for what are prestigious performances. Swan Lakes is one the most popular of all romantic ballets worldwide and it is hard to imagine that when the first show took place on February 20, 1877 it was a flop.

More than a century after its creation, Swan Lake is probably the world’s best-known ballet, set to Tchaikovsky’s sublime score. The flawless production has been rightly lauded as a stunning demonstration of the precision, artistry and sheer grace for which Moscow City Ballet is renowned throughout the world.

Audiences around the globe have be moved by this fable which follows the fate of Prince Siegfried and he falls in love with the beautiful Swan Queen, Odette. The story takes us to a romantic and imaginary universe where Siegfried falls in love with a swan, nothing less than a princess being a victim of sorcery. During daytime a swan, at night a woman, destined to live like this until the day the sorcery will be broken. 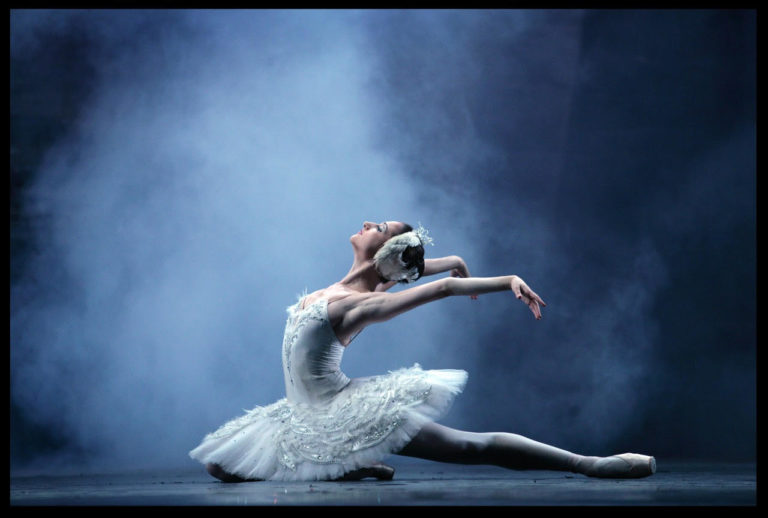 The ballet’s soaring climax sees the power of true love conquer the forces of evil. One of the most performed ballets in the world, Swan Lake was composed in 1876 by Tchaikovsky though it was only in 1895 with the premiere in St. Petersburg when the ballet, danced on choreography of Marius Petipa, became a huge success.

Petipa, born in Marseilles, went to St. Petersburg in 1847 and ruled over the Russian dance for more than 50 years. He could not have imagined that after his death his ballets would be danced all over the world. Despite the changing musical and dancing fashions, the performance of the parts of Odette and Odile in Swan Lake are still considered a touchstone for the mettle of any serious dancer.

Swan Lake is arguably the jewel of the classical repertoires composed by the legendary Russian composer but Tchaikovsky’s Nutcracker is another classic, of course. Originally a Christmas tale, based on the fantasy of Hoffmann and revisited by Alexander Dumas, the Nutcracker was the choreography of Marius Petipa who decided to create a fairy-like ballet, in which reality and fantasy are mixed, danced to delightful music.

The ballet had is public première on 17 December 1892 at the Marynski Theatre in Saint-Petersburg. To remind you: the story begins on Christmas Eve. A little girl, Clara, receives a present of a nutcracker, which is destroyed by the other children. That night Clara awakes, entering a strange and fairly-like world, guided by her nutcracker.

With its Christmas theme, the story is particularly appropriate for this time of year. Both Swan Lake and the Nutcracker will be performed over the weekend and, as tickets are selling fast, Belgian ballet fans are advised to move quickly if they want to catch the show while it is here.

Those who cannot make it should not despair as Moscow City Ballet is back in Brussels for more performances in February of Romeo and Juliette, Swan Lake and The Sleeping Beauty.

The Moscow City Ballet itself has a fascinating history: it was founded in 1988 by the distinguished Russian choreographer Victor Smirnov-Golovanov, a former soloist of the Bolshoi Ballet, with the aim to promote the original ideas of the great 19th and 20th century Russian choreographer.

The Company’s success, both at home and abroad, makes it one of Russia’s most extensively touring ballet companies. Considering classical ballet to be an important part of the national heritage of Russia, Smirnov-Golovanov’s aim was to bring it to as wide a public as possible, especially the new generation of ballet-going youngsters.

Moscow City Ballet is renowned for the perfection of its corps de ballet in the best traditions of the Russian school of classical ballet. This is thanks, in part, to the unceasing efforts, both in production and rehearsal by Smirnov-Golovanov and his wife.

Smirnov-Golovanov’s own productions, as well as older versions of the classical ballets, all share a clearly defined style, ideas and choreographic integrity, setting high-performance standards.

The Company of more than 50 dancers is drawn from graduates of all the finest choreographic academies and school in Russia and Ukraine, including Moscow, St. Petersburg, Perm, Kiev, Novosibirsk, Alma-Ata, Baku, Erevan, Donetsk, Kharkov and Ufa, as well as inviting soloists from abroad as guest artists.

These timeless and well-known performances with their costumes, music, and fantastic stories and flawless choreography have come to be admired as the pinnacle of Russian ballet, a perfect chance for many famous dancers to showcase their art.

But, considering classical ballet to be an important part of the national heritage of Russia, Moscow City Ballet aims to bring it to as wide a public as possible, especially the new generation of ballet-going youngsters. The small and intimate Theatre Palais 12, located close to the Heysel, makes a great venue to host this weekend’s spectacles. An indoor arena built in 1989 it has been redesigned and reopened in its current form in 2013.